In terms of the application of psychological theories about learning and instruction to education, Sternberg (2008) proposes five reasons:
In one perspective theory is understood to be normative for practice and in the other perspective theory is understood to be derived from practice. The first implies practice having to adapt to theory – Here the term theory attaches itself to scientific knowledge, the knowledge one acts on in practice is thus understood here as being synonymous with applied scientific knowledge.

The concepts behind alternative schooling and its implementation reach far back in time, and in some respects they refer to the founders of modern educational theory (e.g., Rousseau or Herbart). Progressive education in the United States and so-called Reformpädagogik in Germany, both of which emerged after the end of the nineteenth century, may certainly be considered to be phases of activity to which a number of existing institutions can be traced back (e.g., Semel and Sadovnik 1999 ). However, the main wave of alternative school foundation resulted from political and social conditions including the failure or petering out of large-scale attempts at educational reform (e.g., Carnie et al. 1996 ); this holds especially for the Anglo-American countries since the 1960s. Most of the alternative institutions founded during this phase were set up in the United States, and the majority are still to be found there (cf. Mintz et al. 1994 ). Although less than 5 percent of students at elementary and secondary school actually attend alternative schools, the institutions now number several thousands in the United States, most of them elementary schools. The institutions are highly divergent in terms of their targets, methods, integration of parents and students, links with the traditional system, locus of control, and circles of addressees. It would thus seem justified to focus this overview of alternative schooling since the 1960s on the situation in the United States, all the more so because both the fundamental principle of alternative schools (‘as many institutions as there are needs and groups’) and current trends in development (adopting the tasks of the traditional system) are to be observed there.
One important form of alternative education is home schooling (cf. Evans 1973 ), where parents instruct their children at home with the permission of the state. If—as is quite often the case—these children meet up with other home students in (elementary) schools on single days of the week, there is a sliding transition to school cooperatives aiming at unconstrained, playful, spontaneous learning in open instruction. Other institutions specifically target problematic cases, so-called at-risk students, including not only chronic truants and low-performing students, but also talented nonconformers (in the broadest sense). A well-balanced program of drill and freedom is intended to render school attractive again, thus helping these students to enhance their performance.

Typically, the Education Policy and Theory degree is offered by a College of Education within a university. Whether or not the school that you are interested in attending will have this type of major will depend on the school and whether or not they take multidisciplinary approaches to concentrations in the field. Formal degrees in this area of study is unique, because of all of the different disciplines and the different perspectives that can be found in each of them.

Behaviourism involves repeated actions, verbal reinforcement and incentives to take part. It is great for establishing rules, especially for behaviour management.
He makes a big deal of the idea of the Zone of Proximal Development in which children and those they are learning from co-construct knowledge. Therefore, the social environment in which children learn has a massive impact on how they think and what they think about. 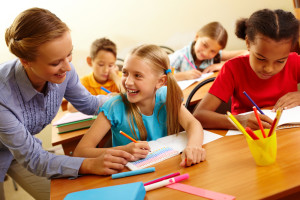 According to Education.com, modern studies in education can be traced back to theoreticians such as Ivan Pavlov, Hermann Ebbinghaus and Edward L. Thorndike. Pavlov’s contribution to modern learning theory is his concept of “classical conditioning,” based on his famous experiments with the salivating dog subject. Ebbinghaus published his seminal study of memory in 1885, which is considered to be one of the foundations for modern educational theory. Thorndike followed up by publishing his dissertation on problem solving in 1899, considered to be another seminal work.
With a degree in education, you can also pursue a career as a writer, editor or publisher. The demand for translators and interpreters is on the rise across the globe, and demand will likely continue to rise in the coming years. Continue your education to pursue a Masters degree or PhD if you would like to work in government policy design, academic research or teaching at the university level. Another option is to consider becoming an entrepreneur and opening a business that caters exclusively to teachers.